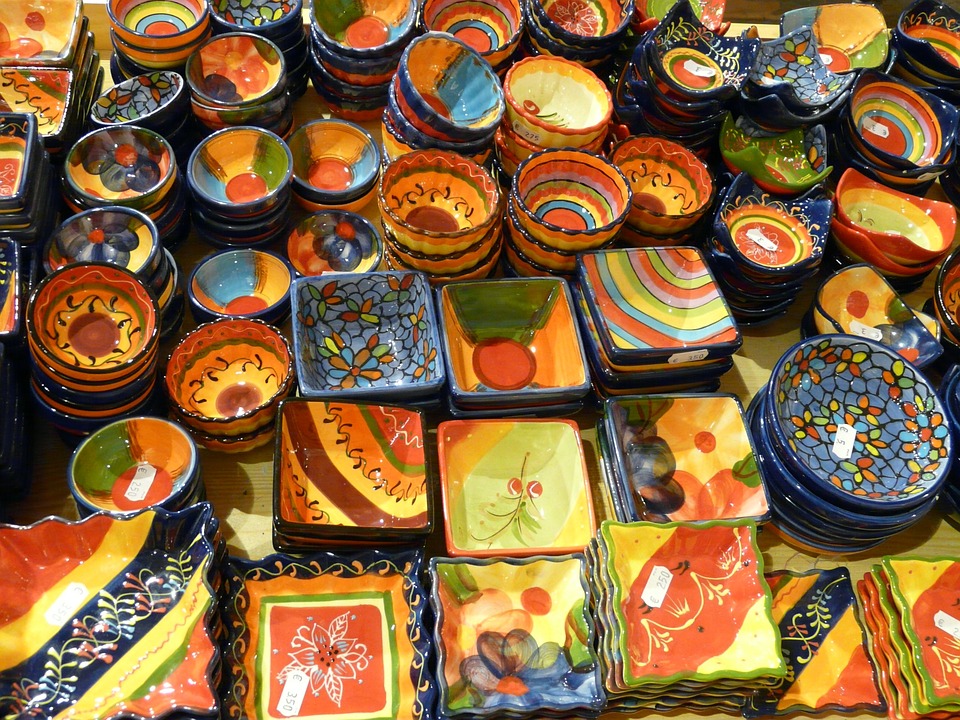 William Moorcroft was born to a Burslem chinaware painter in 1872. He went on to graduate from an art school as a designer and, in 1897, he was hired by James Macintyre & Co., a porcelain and pottery manufacturer, at the tender age of 24. Moorcroft was swiftly promoted within his first year with the firm as the head of the ornamental ware section. Inspired by Art Nouveau, the firm produced the finest tube-lined Florian range, which earned for Moorcroft the gold medal in the St Louis International Exhibition.

Moorcroft had the winning combination of both passion and hard work, and chose to oversee each part of the production process himself. In 1912, his success encouraged him to set up his own art pottery on Sandbach Road, Cobridge. His pottery was affiliated with Liberty & Co., a pottery store in London, which also stocked his products.

Even today, Moorcroft pottery is sought after by buyers in European countries. Various modern versions exist, such as the Sally Tuffin style of the 1980s, but it is the Moorcroft pottery that has heftier price tags attached due to the high demand for it.

Moorcroft pottery products are classified in various categories depending on the quality of production, date of production, size, pattern, shape, ground colors and type of glaze. However, there are some patterns that remained popular for several years, so it can be difficult to date certain pieces. In such cases, identifiers like factory labels, impressions and marks are used to place a piece in the right category. Moreover, with Moorcroft overseeing the entire process with the production of the Florian ware in 1903, some of the most exquisite pieces are actually signed by the designer himself.

Among the many patrons of Moorcroft pottery is Her Majesty Queen Elizabeth II herself, who has added many Moorcroft pieces to her Royal Collection. Other buyers of Moorcroft’s art include various celebrities, British prime ministers, American presidents and Leonard A Lauder, who heads the cosmetics industry giant, Estée lauder. Lauder is known to own the largest collection of Moorcroft pieces in the entire world.

Moorcroft has taken great care to maintain a high standard in terms of the quality and design of the products, as well as the workers’ skills. It comes as no surprise then that Moorcroft pieces are not only still sold at Liberty of London, but they also have an international market now.