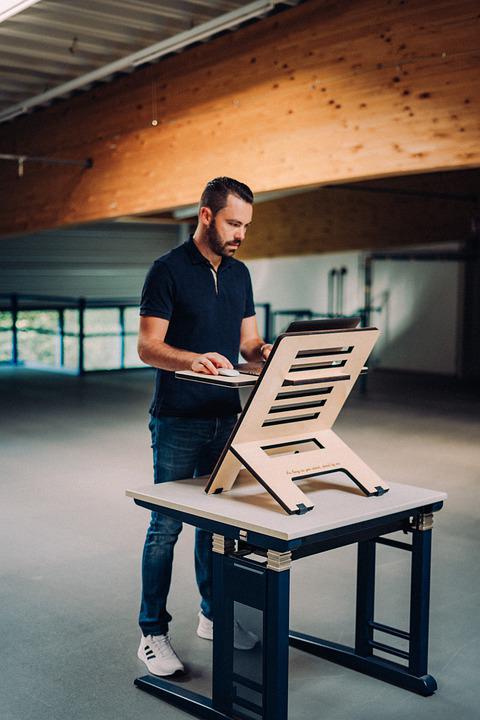 Stand Up Desks are designed to let you write, draw, or read while standing up. This type of desk helps you burn more calories than sitting, and it improves your mood and energy. You may be wondering why you need a standing desk. The answer to this question lies in the type of desk you choose.

Many studies have shown that using sit-stand desks helps reduce back pain in office workers. Long-term sitting can squish soft discs in the back, preventing them from properly absorbing blood and nutrients. This results in a weakened spine and a higher risk of disk damage. Standing desks can reduce back pain by as much as 50%.

A study found that employees who used sit-stand desks reported fewer breaks and were more productive. It also found that sit-stand desks improved workers’ overall health. Sitting for long periods of time increases the risk of developing back pain and other conditions, including obesity, muscle degeneration, and increased risk of illness. In the study, the group that alternated between sitting and standing had the least discomfort. The study also found that those who used stand-up desks had better concentration and reduced anxiety.

They burn more calories than sitting:

In addition to burning more calories than sitting, standing at a desk is also known to improve energy levels. Studies have found that standing for an hour is equivalent to burning about 120 calories. Some people estimate that they could burn over 30,000 extra calories in a year if they stand instead of sit. The bottom line is that standing at a desk will boost your energy levels and promote weight loss.

Stand Up Desks are a great way to boost your mood. Scientists have studied how standing desks improve mood by reducing back pain and improving posture. They have also demonstrated that people who use a stand-up desk have less fatigue and stress than those who sit down. Combined with a daily meditation routine, standing desks are a great way to improve your overall mood.

Stand Up Desks are a great way to improve your energy levels. By allowing you to stand and work, you are increasing the blood flow to your muscles, which can increase your alertness and improve your mood.